4 Tips For Localizing Your Chatbot

By localizing chatbots, you’ll be able to communicate with consumers in their preferred language. Research shows that almost sixty percent of foreign clients won’t make purchases from sites that only use English. Below are some best practices for chatbot localization.

The Difference between Localization and Translation

While it is easy to confuse translation and localization, it must be emphasized that the two terms are distinct. Translation involves a generalized service where the goal is merely to transform messages from one language into another. Localization, by contrast, is more extensive, and in addition to transforming one language into another, it will also:

As you can see, localization is far more detailed and involves conformance to local requirements and regulations.

Before you can initiate the localization process, you must first prepare the source copy. You’ll need to design the conversation of your chatbot which will require multiple nodes and its script must be prepared in your home language. The two nodes you’ll need are Intent and Entity:

You’ll next want to begin formulating your script node. Every line of your script must indicate steps your chatbot will make in their reply, and must also include the script purpose, its reply limitations, and style. Generally speaking, source language should be neutral so that misunderstandings are avoided.

During the chatbot localization process, the bot needs to be capable of identifying distinct keyboard variations, such as Chinese pinyin which is used in China for translating Mandarin. It is also important to remember that local language variants may use up greater screen space when compared to source languages, so this is another thing that must be taken into consideration.

Those who are localizing chatbots that are contextual and which recognizes keywords from one narrative, you’ll want to add distinct abbreviations within target languages. For example, Germans are known for abbreviating the term Adresse as Adr. It is also important not to forget paradigms, which are important when translating from languages such as English into Arabic, since you’ll need to switch from left to right so that the text displays as from right to left.

In a nutshell, meticulous methodologies are vital in the successful localizing of your chatbot. In addition to cultural differences and language nuances, copious details such as local dates and addresses formats, territory regulations and requirements need to be factored in the process as well. The good news is, some vendors have chatbots which are readily pre-programmed in global languages. Before you hop on the chatbot localization wagon, check out what platforms have to offer. 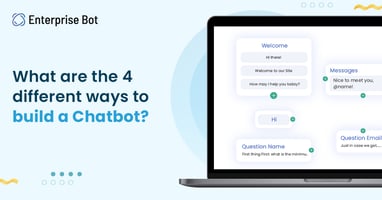 What are the 4 different ways to build a Chatbot?

Building a bot from scratch is not an easy undertaking. Several questions might arise early on for... 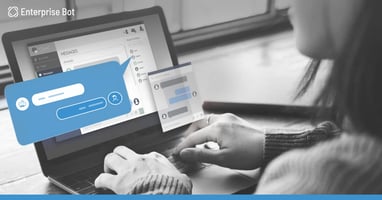 How to choose the right Live Chat solution for your enterprise

Managing multiple conversations at once can be challenging for most live chat agents. Large numbers...

Almost two months into lockdowns and quarantines with workplaces around the world shuttered, the...